We are creating opportunities for mamas to walk this path of motherhood together, find the resources they need, and get the support all women deserve. Our purpose is to help women in the journey of motherhood by sharing our experiences, in hopes that we can all grow together. 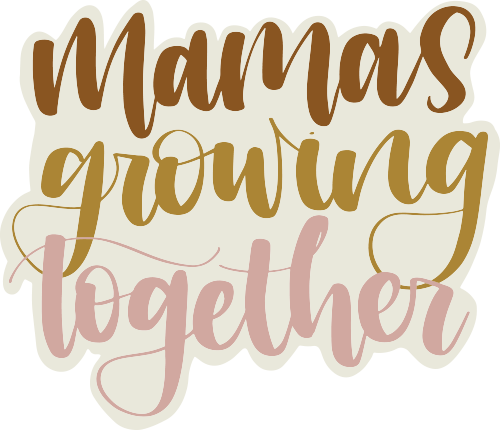 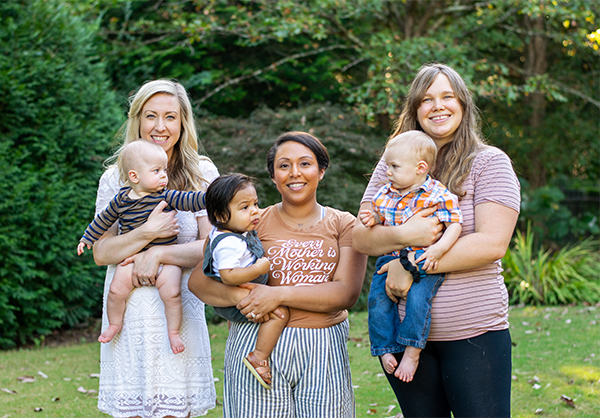 Hi and welcome, I am happy to see that you stopped by.

I want to share with you guys the reason I started this movement and I hope to see it grow, because that will mean that it’s reaching more mothers and hopefully helping you in some type of way.

Let me take you back to 2017. After my daughter Lea Marie was born, my husband and I were living in Jefferson,GA. Away from family and friends. Came home from the hospital scared as crap with this newborn, my nipples were already cracked and I didn’t even know it was bad! One of Adrian’s friends dropped off some food by the door and just texted him that it was outside. At the time I didn’t know how big of a deal that was. As it was getting darker breastfeeding was becoming more and more painful. I took a breastfeeding class weeks before she was born, but unfortunately with breastfeeding, no matter how many classes you take, it’s all about bringing baby to breast and practice, practice, practice! The support of your spouse and village!(which not all of us have) We didn’t have a village at the time. I called my long time friend to give me some pointers on what I could do. I called the lactation consultant at the hospital and she told me to pump, eh, that just didn’t feel like right, because if it was going to get better, “I needed to put my baby to my breast no matter how painful it was” that’s what I said to myself, in my head, not outloud. I was being SO unkind to new mom lali. I didn’t notice I was doing it though.

My friend found a center in Athens where there was a lactation counselor and as long as I got there by 2pm she would be able to help me. But I let the day pass by because I was afraid. The next day on Wednesday we went to the center called reBlossom and I met a lady named Monira, she asked a couple of questions, one of them I remember was “are you having a let down?” or something like that, I looked at my husband confused, turned to her and I told her I didn’t know what she meant. She explained “its when your milk comes” I said, oh yeah, the pins and needles I feel on my breast, yes, yes I do. After her pointers the latch was better, still painful but better, what I didn’t know then is that this was going to take hard work, patience and a lot A LOT of kindness with myself. (seriously, right now me wishes to hug new mama lali and tell her all of this). Well, our visit continued, Monira told us about the new mamas group on Tuesdays, and the breastfeeding support on Saturday with Lucia. We chugged along and Saturday came. We went to the breastfeeding support and met Lucia, we talked and to my surprise she also spoke spanish! She went to wash her hands, got me comfortable with all the pillows, asked if needed some water, and then asked if she could show me how to latch my baby. She asked if she could touch my breast and I said yes, and then she squeezed my boob like a sandwich and brought my baby to it and shoved it in her mouth. Well, not exactly like that, but that's what it felt like, lol! From there we continued to talk, there were other moms but it all felt still very new, well my baby was barely 7 days old.

Monira texted me and invited me to come to New Mamas and I tried the very first Tuesday but something about getting out of the door with a newborn plus being a first time mom, it took forever and when I looked at the time it was too late. She said, no problem, next week! I have to say that I felt pretty special having this lady just text me to invite me to the group, I didn’t think any of it then, but now, that's huge! In my opinion that's what new moms need! Other moms with tiny babies so they can talk about all the things and the famous question “is that normal”?

So, I kept trying to show up and I would meet other moms. It became so easy to start a conversation with an owner of another tiny human, my social bubble was getting filled every time I went to the group. But at home, things weren’t so good, I had crazy expectations for myself, my baby & my husband. Since I became a stay at home mom I felt less-than because I wasn’t bringing any money to the table. Being a “SAHM” all of a sudden became the smallest and most insignificant job one could have, that is what I saw in my self, I felt very lonely and I didn’t think I could talk to anyone because I already thought I was being ungrateful. “Here I am with a baby that I longed so much for, staying home with her and it feels like less than nothing,” yeah I wasn't about to talk to anyone about that! Then the intrusive thoughts started coming in. I had no idea what they were but they were SCARY! “Am I going to lose it one day and harm my baby?” I thought, I can’t say that to anyone, they will take my baby away AND she needs to be breastfed! -wow, just typing this and thinking about our newborn days is making me feel a bit sad. Time passed and I prayed the feelings would go away, I distracted myself when thoughts would come in.  I loved my baby too much to hurt her. Now the baby blues/depression started to get in my head, was I depressed? I mean, how? I have a great life, that can’t be! And all while not saying anything to my husband, not yet! I needed to fix it, because being depressed just wasn’t an option. So I tried to get out of the house as much as I could and eventually I got distracted enough that I didn’t think about it much but it all was still there. When Lea was about nine months I finally told my husband how I was feeling. He immediately proposed going to see someone to talk about it, I did, that’s when I learned that intrusive thoughts are “normal.” The therapist asked a couple of questions and made some suggestions so I tried. I saw her for two-three months, but I was still not sure about all the feelings. I was still being unkind to myself about going to therapy. I would feel better and would cancel appointments, then it got bad emotionally and mentally and I would make another appointment,   (and I’ve lost track of time! It’s been about two years since this!) so fast forward and I am pregnant with Lucas, by this time I am having a lot of emotions, while taking care of Lea and all the other responsibilities of an adult. Then the sweet gentle push of a kind midwife made all the difference during one of my prenatal appointments. While talking I told her how I was feeling and how I felt about taking medication, so she said okay but promise that you’re going to make an appointment to go talk to someone and she even recommended a psychiatrist down the street. I hesitated but I knew she was going to ask me next time I saw her. She said she was going to call in the prescription of zoloft just in case I wanted to start. Something happened when I got home that I was feeling very overwhelmed. I called the midwives office crying asking for the prescription, they asked if I had suicidal thoughts I said no, just felt very overwhelmed and I couldn't explain why, I was just sobbing.

I made the appointment with the psychiatrist, By this time I was able to find a sooner appointment with another therapist at the Family Counseling Center in Athens. I was so nervous and I asked my husband, so what do I talk about? What do I say? He said, just let it take its course, you’ll know when you get there. And I did, my therapist at the time encouraged me to not cancel my appointments with the psychiatrist. After one appointment with the therapist it was time to meet the psychiatrist for the first time. I was nervous because talking about what I was feeling and thinking was still new, I remember her asking me to tell her one good thing about me, and I didn’t know what to say. I just started crying, saying umm, umm, umm, the only “good” thing I could say was that I liked taking my daughter to the park. She said okay, (seeing a therapist and a psychiatrist is so different) she bumped me up 50mg, and the first thing I thought was (wow, I must be really f*d up) again. I was not very nice to myself. Two weeks went by and I could start noticing the difference. I found another therapist and now I have been in therapy a little over a year. I am a more compassionate person to myself. I still struggle but I keep trying. My therapy journey will be for another blog :)

What I am here to say: keep fighting for yourself and for your mental health. Reach out to family or friends that will listen and understand. At the time I thought I was the only one going through this. You are not alone. Please consider sending me an email if you need someone that will listen.

let me know your story

I would love to hear your stories, what worked for you & what didn’t? Send me an email & let’s chat!